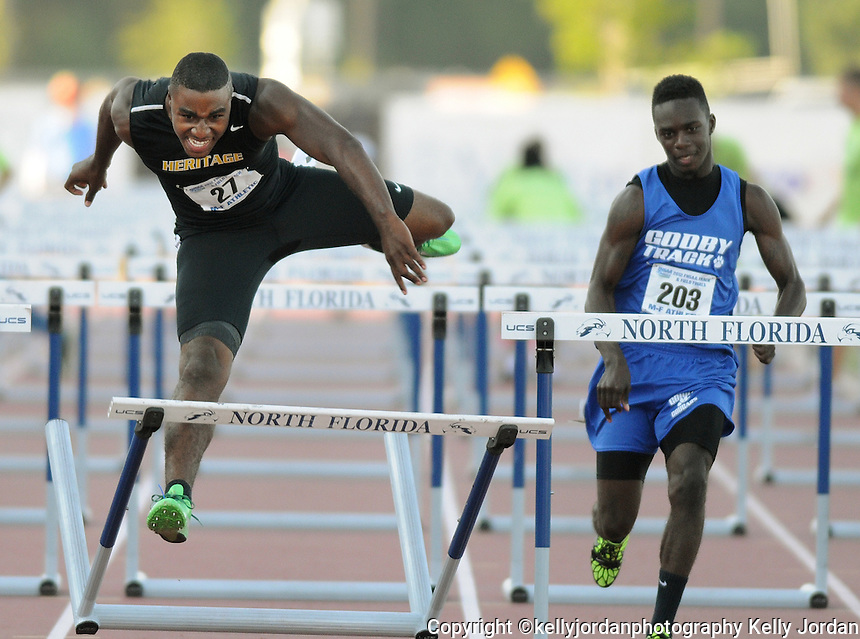 American Heritage runner Walter Tucker, (27), reacts after he just catches his foot on the top of the hurdle causing him to crash as he had the lead in the mens 110 Meter Hurdles final during the FHSAA Class 2A Track and Field Finals at the University of North Florida in Jacksonville, Florida Saturday April 28, 2012.(Kelly Jordan)