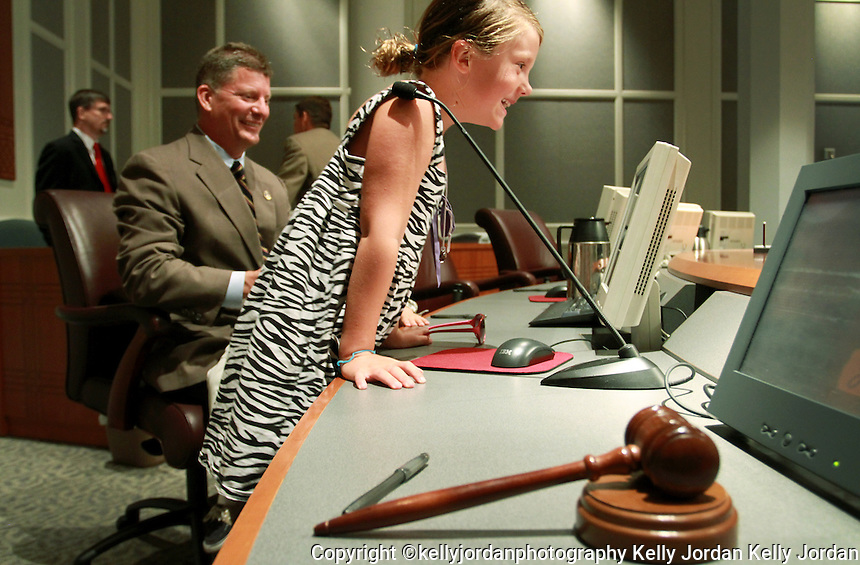 Kelly.Jordan@jacksonville.com--053111--Emma Joost, 6, leans over the desk and checks out the view from where her father Stephen C. Joost, left, the newly elected City Council president sits as the City Council 2011-15 members meet for the first time and elect their new Council president and vice president, Tuesday morning May 31, 2011. Joost's family was on hand as he was elected to be the new City Council president.(The Florida Times-Union, Kelly Jordan)