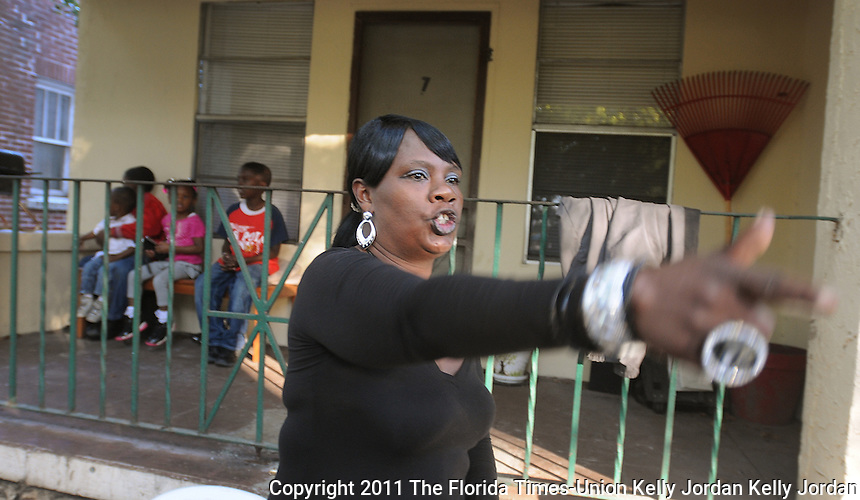 Kelly.Jordan@jacksonville.com--121511--With her nieces and nephews in the background, Karen Clark demonstrates what she witnessed as she watched a shooting unfold in the middle of Brentwood Park following a physical altercation at the park that ended with a shooting where a 25 year-old woman was shot who was not involved in the incident. Clark said when the fight broke out she made sure her nieces and nephews were safe and unharmed.(The Florida Times-Union, Kelly Jordan)